This year, Gränges celebrates 125 years. Our history is a history of constantly evolving - and transforming - based on society's changing needs. At the beginning of the 20th century, Gränges was the Stockholm Stock Exchange's most valued company, in the middle of the century Gränges was the world's largest ore exporter and towards the end of the 20th century a subsidiary of the Electrolux Group. Today, Gränges is an aluminum technology company that drives the development of lighter, smarter and more sustainable aluminum products and solutions.

Gränges is an old and well-established company name. During our 125-year history, we have developed and adapted to society's ever changing conditions and have during our history been associated with railways, mining, shipping operations, ore exports, the white goods producer Electrolux, car safety - and not least aluminum. In fact, Gränges still has the same corporate identity number as when it was founded. The common factors throughout the years have been adaptation and innovation. To adapt the business to new conditions and to constantly create new innovations that drive development further.

It has not been a straight path,it has been ups and downs, mistakes and mishaps - and successes. There are also many examples of how difficulties breed creativity. Gränges has always changed based on the times, demands and market conditions. Our history is also the history of a changing world and reflects Sweden's modern development. Our entire exciting history is described in the new book "Gränges - since 1896", which is written by the business journalist and corporate historian Ronald Fagerfjäll and published by Förlaget Näringslivshistoria.

If you are interested in the book "Gränges - since 1896", more information is available at the publisher >

A few words with the author

The journalist and author Ronald Fagerfjäll describes Gränges from its creation in pre-industrial Sweden to its position in today's global market. As a business reporter, he has followed the company throughout his career and can use his own interviews from over 50 years with the company's leaders and employees.

What are your reflections of the big picture when it comes to Gränges' history?
Gränges is a much larger part of the story of Sweden than almost all historical descriptions tell. Would we have been outside the wars without Gränges, for example? What would northern Sweden have been without the LKAB activities? In the history of the Swedish stock exchange, during the years 1907–1956, Gränges was the largest. And of the export giants that was created between 1947 and the industrial crisis in 1977, Erland Waldenström's Gränges was the most sound. The fact that Gränges became a cutting object was due to a Swedish cost crisis when international competition intensified. The Swedish system was simply too rigid after a long period of success. And today's Gränges is actually a fairly typical example of how a part of the business can start a new cycle of growth.

What will be the lessons for the person reading the book?
Companies work in an environment that is constantly evolving and changing. It's like trying to stand still or advance on an escalator moving towards you. The company has to walk to stand still and run to move at all. This is almost impossible to cope with if you do not always have demanding customers and tough competitors who push you. The most dangerous are periods when customers sell everything that comes out quite unpretentiously, such as 1946–1974. The company doctor Ulf af Trolle put it something like this in the early 1970s. "You can not save a company that is doing well!"

On the other hand, companies that have to work hard with all the new requirements keep the flexibility. 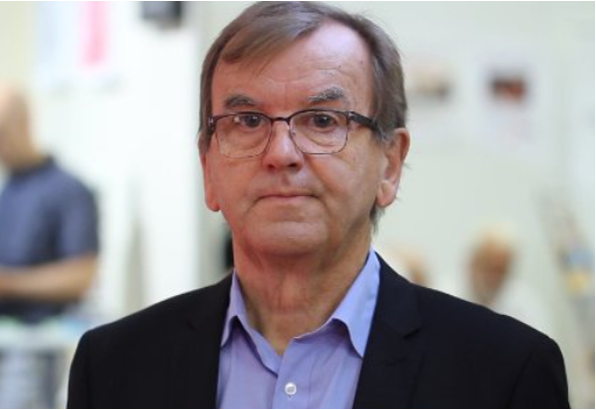 Learn more about the Gränges history

Gränges of today is a young company with a long history. At the beginning of the 20th century, Gränges was the Stockholm Stock Exchange's most valued company, in the middle of the century Gränges was the world's largest ore exporter and towards the end of the 20th century a subsidiary of the Electrolux Group. Today, Gränges is an aluminum technology company that drives the development of lighter, smarter and more sustainable aluminum products and solutions.

Read more
Back to the archive